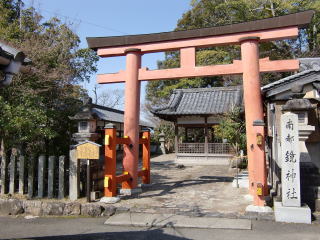 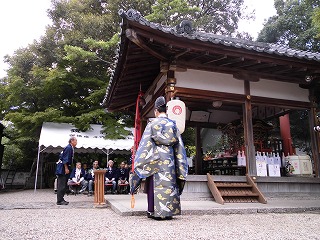 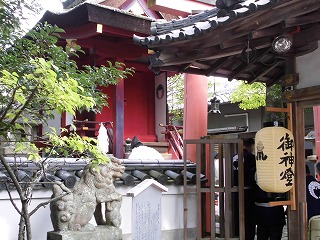 He was from his young age very good at both literary and military arts, performing music and dance and specializing in astrology and Yin Yan philosophy. He was told being possessed of “five unique characteristics and seven special abilities”.

His career stated as Ju-goi (junior fifth rank official) of Oh-Yamato-no-kami (director general of Oh-Yamato), then he became Ukone-no-Shosho (minor captain of the right division of inner palace guards) and in 738 Dazai-no-syoni (junior assistant governor general of the Dazai-fu, i.e. local government office in Kyushu region). At that time, Kibino-Makibi and Buddhist priest Genbou were back from Chang'an (Xian) and the imperial Court favored them for what they absorbed abroad. They became busy and were going with the times, although Genbou especially was ill reputed of his many wrong doings and acted in many occasions not like a priest.

Fujiwara Hirotsugu, a man of pure, unselfish mind and of integrity, couldn’t overlook their behaviors. In 740, He wrote a letter to the Emperor asking those 'wily vassals’ should be got rid of, because they were the cause of evil practices prevailing around the rulers. But seven days after the request, He was unexpectedly going to be attacked by the Imperial army. In September of 740, Hirotsugu collected soldiers and set up a camp at Onga-gun to defend himself. He really didn’t want to fight but the preparation was inevitable.

Hirotsugu fought at Chikugo Itabitsu River against Oono-Azumahito-led Imperial force and was captured at Hizen Nagano-mura. Hirotsugu received―against his will ―dishonor as a rebel and without hearing Emperor’s reply, He was put to death at Matsuura-gun. Without will to fight, unable to fulfill justice, it was told that Hirotsugu’s ghost frequently caused misfortunes thereafter.

As Hirotsugu worried, Genbou’s behavior became worse and worse. In 745, the Emperor finally dispelled out Genbou and sent him to Chikushi (Fukuoka, Kyu-syuu). When Genbou happened to attend an opening ceremony of a Buddhist temple, Kan-zeon-ji, he suddenly died. The people said Hirotsugu’s ghost caused this happening. Kinbino-Makibi was also demoted to Hizen during the Kouken Emperor’s reign. On that occasion Makibi founded Kagami-son-byou to enshrine Hirotsugu’s good spirit. Later it was named as Kagami-guu-Itabitsu-sha and has been worshiped as one of the Matsuura-Myoujin-Sanza.

Beside Genbou’s kubi-zuka legend, there are Kibi-zuka (located in a used-to-be legiment base), and Shunkan-zuka around Takabatake area. Hirotsugu’s powerful spirit was said to bring forth an oral tradition that after Genbou’s sudden death at Chikushi, his corpse flew apart in Nara and fell on the ground of Koufukuji, and his head flew to Zutou-yama, the arms to Kahina-cho, and the eyebrows and eyes to Mameyama-cho. These tradition arose because there was Hirotsugu worship in the background.

These historical materials teach us Hirotsugu’s strong will of sincerity and an epical and tragic life of old times. Hirotsugu’s residence was said to be located at the present address of Kagami-jinjya. During the latter part of Tempyou period when Shin-yakushiji was rebuilt, Hirotsugu was enshrined as a guardian deity to Shin-yakushiji. Subordinate shrine Karai-tenjin has been thought to be transfer-enshrined from Fukuu-in (Fukui-no-taishi) where a tomb (or shrine) resided. Since then peoples in the community have worshiped the two deities of pure and strong spirit as an Uji-gami so long that it has passed over 1150 years.

This article was translated part from "Kagami Jinjya Shoushi", the second rev., Oct.15, 1981.